Le Sang des autres (1945) was a novel dealing with the question of political involvement. Beauvoir wrote the work at a time when the final outcome of World War II was still unknown, but in the character of Jean she gave her support to the French Resistance. Jean Blomart is a wealthy young man. He breaks with his family and joins the Communist Party. He meets Hélène, a naive individualist, who lives just for the moment, and do not understand Jean’s commitment to his beliefs. Jean must choose between political activism and his private responsibilities. He realizes that he can find freedom in action without love. “He too was alone; he had been wandering all over Paris since morning, with his demobilization gratuity in his pocket; the printing works were closed, his mother was far from Paris. He knew nothing about Hélène. He was alone but he was there. A complete man.” The book was filmed in 1982 by Claude Chabrol, starring Jodie Foster as Hélène, who is ready to die for her love, for Jean (Michael Ontkean).

Beauvoir’s breakthrough work was semiautobiographical Les Mandarins (1954), which won the Prix Concourt. The central characters, psychologist Anne Dubreuilh, and her husband Robert, were thinly veiled de Beauvoir and Sartre. The third wheel, American Lewis Brogan, was the novelist Nelson Algren. Beauvoir had met Algren in 1947 in the United States where she was on a lecture tour. Algren wished to marry her but in the end she remained loyal to Sartre, who was “a warm, lively man everywhere, but not in bed”, as she once said to Algren. Beauvoir addressed the book to leftist intellectuals with a plea to abandon their elitist “mandarin” status, and to participate in the real world political struggle.

“I raise myself on my elbow, I look at the house, the linden tree, the cradle in which Maria is sleeping. It’s a day like any other, and in appearance the sky is blue. But what a desert! Everything is still. Perhaps that stillness in only the silence of my heart. There is no more love in me, for anyone, for anything. I used to think, “The world is vast inexhaustible; a single existence is hardly enough to drink your fill of it.” And now, I look at it with indifference; it’s nothing but a huge place of exile.” (in The Mandarins)

Les Mandarins and the feminist classic The Second Sex (1949), were banned by Roman Catholic authorities. Beauvoir argued that “one is not born a woman; one becomes one”. Women are “the other”, the sex defined by men and patriarchy as not male, and consequently they are less than fully human. Judith Okeley has said that Beauvoir in fact produced “an anthropological village study of specific women”, in which the village is that of mid-century Paris and the women are mainly middle-class. (Simone de Beauvoir. A Re-Reading, 1986) Critics have questioned de Beauvoir’s assumptions of the male as norm, but her views about misogyny in myth and literature have been extremely influential.

Mémoires d’une jeune fille rangée (1958) was the first of four volume memoirs. Beauvoir described her happy childhood, intellectual development and of course Sartre. It was followed by La Force de l’âge (1960), La Force des choses (1963), andTout compte fait (1972), which examined from an existentialist perspective her choices between love and work.

Beauvoir herself thought that she had not influenced Sartre at all, “because she felt that she was not a philosopher, but rather a literary writer.” (Beauvoir and the Second Sex: Feminism, Race, and the Origins of Existentialism by Margaret A. Simons, 1999) She recalled, that once when Raymond Aron and Sartre had a series of conversations, she was excluded because her “mind moved too slowly for them.” In general, Beauvoir differed from Sartre with her focusing on women’s condition and tracing of sociopolitical, economic and ideological conditions behind freedom. Her own philosophical studies, Pyrrhus et Cinéas (1944) and The Ethics of Ambiguity, show the influence of Sartre’s Being and Nothingness (1943), and are not considered her best work.

When De Gaulle seized power in 1958, Beauvoir was so disappointed she burst into tears. During the following ywars, Beauvoir travelled widely, often with Sartre, visiting Portugal, Tunis, Switzerland, Italy, USA, and China. She was with Sartre when he met Castro and Khrushchev but she did not enjoy these public occasions. Moreover, she did not accept Castro’s political purges and persecution of homosexuals.

Although Beauvoir was a well-known figure in the service of social and political causes, she behaved reticently toward people who did not belong to the small circle of her intimates. The photographer Gisèle Freund, who met her from time to time for over forty years, noted that she seldom smiled. “Not smiling was probably her way of protecting herself from others,” Freund concluded. (Photographer by Gisèle Freund, 1985)

In the late 1960s, Beauvoir became involved with the feminist movement, but her engagement was first largely intellectual. Especially she championed on issues dealing with abortion and sexual violence. With Sartre she participate in 1967 in the Bertrand Russell Tribunal of War Crimes in Vietnam. Originally he thought that “I would not have to do very much more than lend my name”, but actually she had to follow Sartre to several meetings in the Eastern European and Latin American countries.

In her later works Beauvoir depicted the problems of aging and society’s indifference to the elderly. Une mort très douce(1964) dealt with the illness and death of her mother. Beauvoir asked herself, why this loss had shocked her so much. When her father died, she had only mentioned it as a fact in the memoirs. At the end of the book she realizes that there is no such thing as a natural death.

Beauvoir’s book on Sartre’s last years, Adieux: A Farewell to Sartre appeared in 1981. After his death her life was marked by bitter disputes with Arlette Elkaim. At the age of 18, the young Algerian Jewish student had telephoned Sartre discuss aboutBeing and Nothingness. He liked her and started to do more and more his writing at Arlette’s apartment. Eventually Sartre adopted Arlette and spent several weeks each summer in the house he had bought her in the south of France.

During the last period of her life, Beauvoir’s drinking habits hastened her physical and mental collapse. She had always liked the taste of alcohol and she could drink men under the table. And like Sartre, she used drugs, mostly amphetamines. Beauvoir died in Paris, on April 14, 1986. She was buried in the same grave as Sartre. 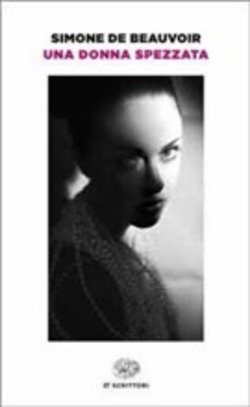 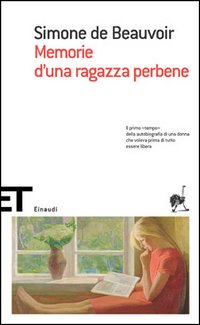